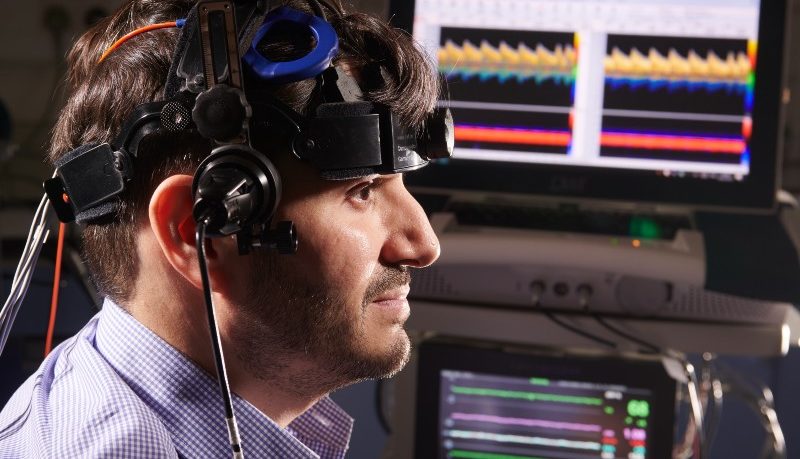 A major UK study to identify new ways to accurately predict if patients will develop long-term complications as a consequence of concussion has been launched, led by experts at BHP founder-member the University of Birmingham and the Defence Medical Rehabilitation Centre, in collaboration with the Defence Medical Services.

With year one funded by the Ministry of Defence (£2m) and projected to run over eight years, the multi-faceted study will include a trial involving 400 civilians and 400 military personnel aged over 18 with a new diagnosis of concussion (also known as a mild traumatic brain injury or mTBI) which has resulted in them needing hospital treatment or rehabilitation.

At specific time intervals over two years, the participants will take part in nine different areas of research using a variety of medical techniques and assessments to establish if these can be used routinely by medics as ‘biomarkers’ to indicate prognosis and long term impact of concussion. Medical techniques and assessments being trialled include brain imaging and function, analysis of blood and saliva samples, and headache measures, as well as mental health, vision, balance, and cognitive performance.

mTBI is common and has been declared a major global public health problem, with 1.4 million hospital visits due to head injury annually in England and Wales – 85% of which are classified as mTBI. It is also estimated that up to 9.5% of UK military personnel with a combat role are diagnosed with mTBI annually.

The research will involve 20 University of Birmingham experts working across disciplines, including neurology, psychology, sports medicine, mathematics and academics within the University’s Centre for Human Brain Health, and will be coordinated by Birmingham Clinical Trials Unit. It will also be driven by experts at the Defence Medical Rehabilitation Centre Stanford Hall; Aston University, Imperial College London; University of Westminster; University of Nottingham; Royal Centre for Defence Medicine; and University Hospitals Coventry & Warwickshire.

Alex Sinclair, Professor of Neurology at the University of Birmingham and Chief Investigator of the project, called mTBI-Predict, explained: “Although classified as mild, and many recover, the consequences of concussion can be profound with many patients suffering long-term disability due to persistent headaches, fatigue, imbalance, memory disturbance, and poor mental health including post-traumatic stress disorder, while it can have a significant impact on the economy through loss of working hours and demand on the health system.

“Identifying those patients most at risk of these disabling consequences is not currently possible. There is therefore a pressing need to develop accurate, reproducible biomarkers of mTBI that are practical for use in a clinical setting and can predict long-term complications. Our programme of research will deliver a step change in the care of patients with mTBI, enabling a personalised medicine approach to target early intervention for those most in need but also identifying those with a good prognosis who can return rapidly to activities of daily living.”

Co-Chief Investigator, Air Vice-Marshall Rich Withnall QHS Director of Defence Healthcare, UK Ministry of Defence said: “I am delighted that the Defence Medical Services, including the Defence Medical Rehabilitation Centre at Stanford Hall, will be working hand-in-glove with class-leading civilian colleagues and the National Rehabilitation Centre Programme. I fully support this ground-breaking research which I am confident will lead to significant clinical innovation to benefit military and civilian patients, and have translational positive impact for sporting activities from grass-roots to elite levels.”

Peter McCabe, Chief Executive of Headway – the brain injury association, said: “We know that even a seemingly minor head injury can have a major impact on a person’s life – and often the lives of those closest to them. This is particularly the case if the brain injury goes undiagnosed or its effects are mistaken for other conditions. The frustration of not having an accurate diagnosis or receiving the right support can be compounded by the lack of a clear recovery pathway or timeline. We therefore welcome this study in the hope that it can advance our understanding of concussion and mTBI.”