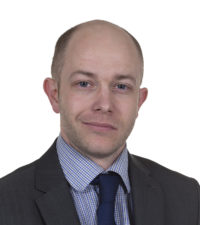 Matthew first joined the NHS in 2002, via the Graduate Management Training Scheme and worked in a variety of NHS roles across Kent and the South East within secondary care, before moving to the Aids Committee of Toronto in Canada. In 2004 he joined the Whittington Hospital NHS Trust in North London as a General Manager, before going on to become Director of Operations for the Trust in 2011 and Director of Operations for Whittington Health when it merged with the local community NHS Trust.

Matthew joined Birmingham Children’s Hospital in 2013 as Director of Strategy and Planning before becoming Chief Officer for Strategy and Innovation in 2015. Matthew also held the Managing Director role during the development of the new mental health partnership for 0 to 25 year olds in the city – Forward Thinking Birmingham. Matthew is also a Director with BCH Trading.