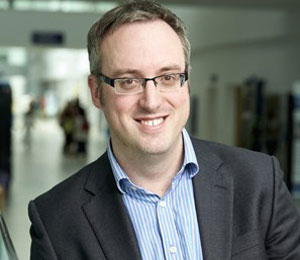 University Hospitals Birmingham NHS Foundation Trust (UHB) registrar Andrew Beggs has been named as the first ever Young Coloproctologist of the Year.

He will become the face of the Association of Coloproctologists of Great Britain and Ireland (ACPGBI) until July 2017, acting as an ambassador for the profession at various events and promoting awareness and research.

Competition for the prestigious new role from all over the country was whittled down to just three finalists who were interviewed by a panel of judges in London in April 2016 before Andrew was chosen.