The public is being urged to take part in a consultation over a national recommendation not to roll out a life-saving test to identify newborn babies with critical congenital heart defects pioneered by experts in Birmingham.

It was hoped pulse oximetry screening would become an additional test in the Newborn and Infant Physical Exam (NIPE), which every newborn baby undergoes. However, the UK’s National Screening Committee has recommended against the move. The Committee is now running a public consultation, which closes on August 9th 2019, as to whether the evidence they have considered is sufficient to support the decision to approve the recommendation.

The Committee said it does not want to recommend pulse oximetry screening for all babies as there is currently insufficient evidence to suggest that there is a greater benefit to babies and there are “harms” associated with the test. The harms the Committee outlined were parental anxiety, overdiagnosis, false positives and false negatives. They also said babies who test positive will need a longer stay in hospital and admittance to a neonatal unit.

Now Professor Ewer and three fellow consultant neonatologists from around the UK have outlined in a paper published in The Lancet (i) the reasons why they think the Committee has made the wrong recommendation.

“Between 1,400 and 2,100 babies in the UK are born with a critical congenital heart defect each year. With these conditions the baby can look apparently healthy after birth but suddenly present with life-threatening collapse and many may die as a result.

“Less than half of these conditions are diagnosed before birth and routine examinations miss up to one third. Early identification significantly improves the outcome for these babies and in many cases can be life-saving. The same is true for the early identification of serious infections and breathing problems.

“Currently pulse oximetry screening in the UK is a postcode lottery and less than half of the babies born are offered this test depending on the hospital of birth.

“This is despite there being very strong global evidence that pulse oximetry screening is beneficial and cost-effective and that potential harms are not serious or common.

“We urge parents, patients, and health professional to voice their views on this important consultation.” 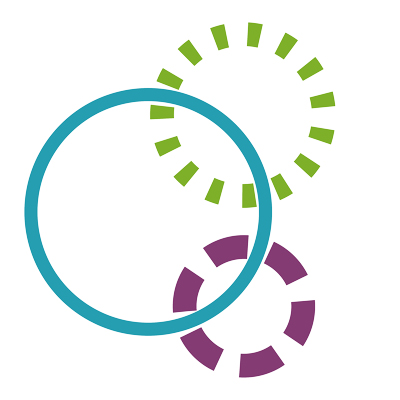 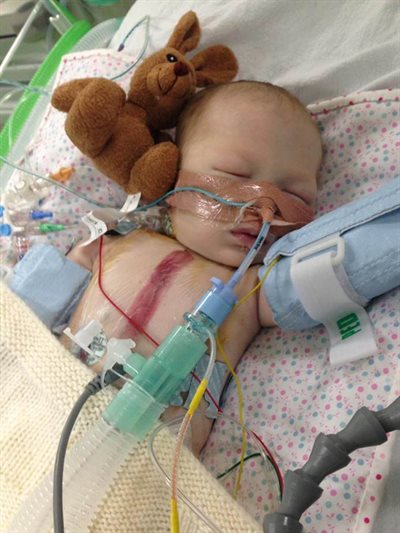 Born on September 2nd 2015, Lyla Parry’s heart condition was finally detected when she was 11 days old and only when she was in heart failure. If pulse oximetry screening had been part of the routine newborn checks her condition could have been detected sooner. Read her story, as told by her mum Janine.

Pulse oximetry screening is a simple test performed on babies before discharge from hospital. It takes less than five minutes and is completely harmless and painless. The test sees a small probe wrapped around the baby’s hand and foot and connected to a small, handheld machine that measures the baby’s oxygen levels by shining a light through the skin.

Birmingham Women’s Hospital, part of Birmingham Women’s and Children’s NHS Foundation Trust and home to the largest fetal medicine unit outside of London, has been routinely screening babies with pulse oximetry since 2009.

In the PulseOx study, 165 babies with potentially serious illness were identified after performing the test, helping save lives and reduce the risk of long-term impacts on health.

Following publication of the results of the study, funded by the National Institute for Health Research, the simple test – which offers instant results – has been recommended across the United States, Norway, Germany, Spain and many other countries. Currently in the UK, 40% of all maternity units are using the test.

A Cochrane review (i) of pulse oximetry screening, which was published by Professor Ewer’s team last year, included data from almost half a million screened babies and a European consensus statement led by Professor Ewer recommended Europe-wide adoption.

Jon Arnold, Chief Executive of Tiny Tickers, said: “At Tiny Tickers, we’re responding to clinical demand for the test and doing something practical to help. I’m proud to say we’ve already funded 96 machines across the UK.

“Every day, hundreds of babies born are being tested with machines we’ve placed, and more and more hospitals are starting to offer pulse oximetry screening. We know this test makes a difference – hospitals have been in touch to say babies’ heart conditions have been picked up after tests with the machines we funded. “That’s great, but so many babies still aren’t being testing. We passionately believe pulse oximetry should become a mandatory part of newborn screening – meaning every baby is offered the test. But the NHS is recommending this doesn’t happen.

“That’s why we’re urging you to have your say. If you agree with us, the public consultation is your chance to tell the NHS how important you think it is that every newborn has a chance to have the test that could help save their life.”

Views can be submitted to the National Screening Committee by emailing screening.evidence@nhs.net by Friday, 9th August 2019.