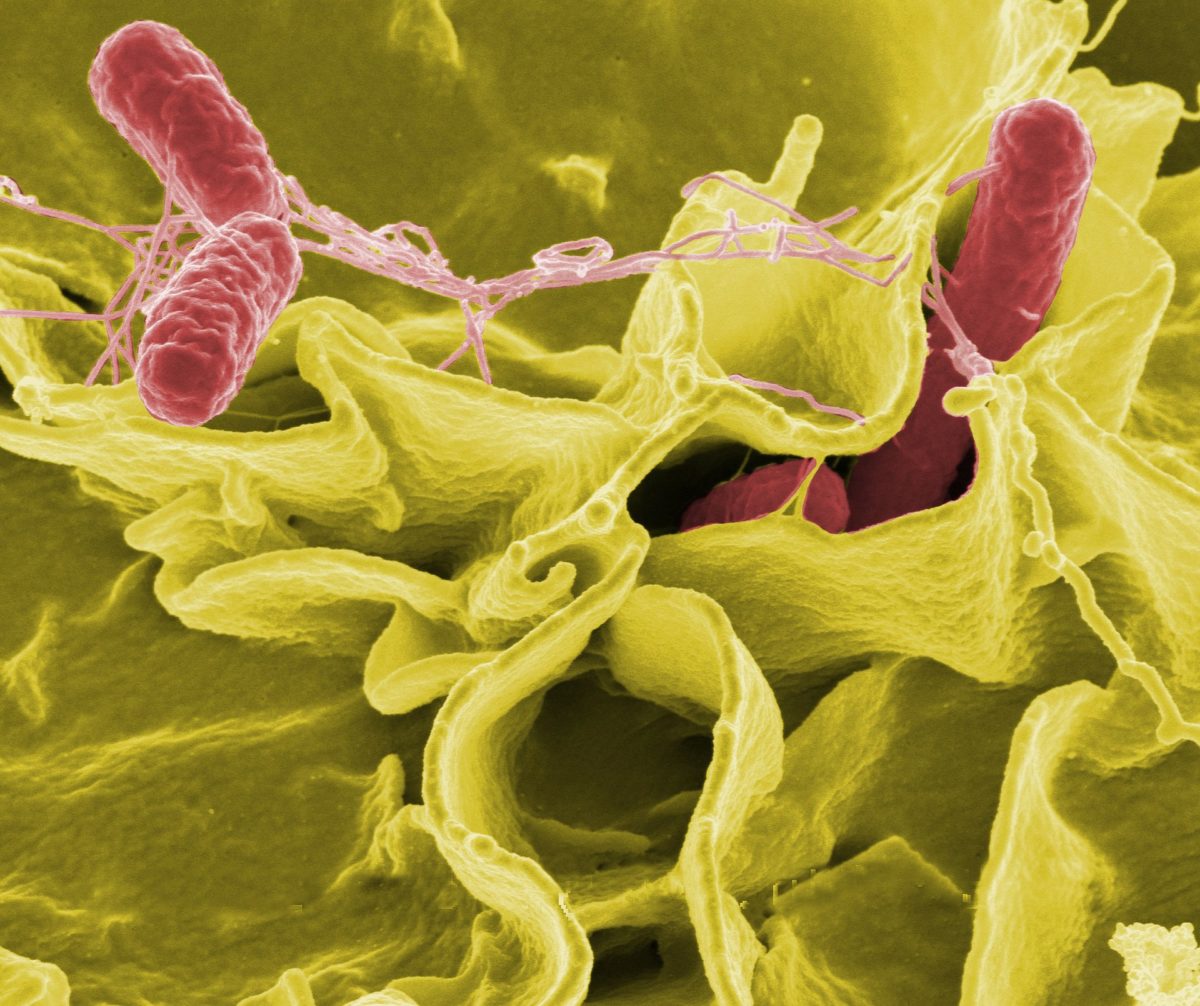 Scientists have unravelled the attack initiation mechanism used by so-called ‘predatory bacteria’, which are capable of invading and killing harmful bugs including E. coli or Salmonella.

These bacteria attack other bacteria by attaching to the cell exterior, then burrowing through and devouring the cell from the inside.

Researchers are interested in these predators because the types of cells they attack, called gram negative bacteria, are responsible for many infections that are resistant to currently available antibiotics. Gram negative bacteria are surrounded by a distinctive double membrane which the predatory bacteria exploits by temporarily living between the two layers. From this private dining niche, the invader can thrive and consume the cell’s nutrients.

Before these bacteria can be harnessed as a therapy against antibiotic-resistant bugs, however, it would be beneficial for scientists to know more about how they work.

In a new study, published in Nature Communications, a research team led by BHP founder member the University of Birmingham has investigated the initiation “trigger” from one common type of predator called Bdellovibrio bacteriovorus.

Using a range of techniques, they were able to show how it produces a particular enzyme, called DgcB, when the bacterium encounters potential prey. The enzyme senses modification of its own floppy “tail” and then triggers production of a messenger molecule, switching the bacteria from a cruising and searching mode into invasion mode.

Dr Andrew Lovering, of the University’s School of Biosciences, led the research and explained: “Predatory bacteria like Bdellovibrio hold real promise as a completely new way to combat anti-microbial resistance. But before we can think about using these as a therapy, we need to find out much more about them and their basic biology.

“Uncovering the type of signals that kickstart the invasion and killing process is a significant piece of the puzzle.”

The next step for the research team is to build a bigger picture of the bacteria’s signalling network, finding out more about how the DgcB tail modification is triggered, and what stimuli are important for this to happen.