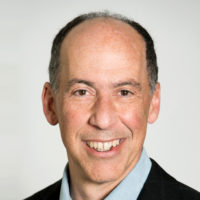 Laurence Turka, M.D., joined Rubius as Chief Scientific Officer in January 2020. Larry is an internationally recognized, physician-scientist in autoimmunity and translational immunology with a distinguished career working in academia and, more recently, industry.

Larry joined Rubius from Rheos Medicines, where he was a co-founder and served as Chief Scientific Officer. During his time at Rheos, he built its portfolio of novel therapies targeting the metabolism of immune cells, made key leadership hires, and was instrumental in securing a strategic collaboration between Rheos and Roche. Prior to Rheos, he was an Entrepreneur-in-Residence at Third Rock Ventures, where he played a leading role in the creation of Rheos and provided immunology expertise in evaluating multiple company-building opportunities. Before joining venture capital, Larry spent 30 years working in academia, most recently serving as the Harold and Ellen Danser Professor of Surgery and Professor of Medicine at Harvard Medical School and Massachusetts General Hospital.

Among the notable discoveries of Larry’s laboratory were novel approaches to transplantation tolerance, the role of Toll-like receptors in T cells and pathways required for the maintenance of regulatory T cell function. Larry was also an early leader in the field of T cell costimulation and contributed to the development of abatacept and belatacept for the treatment of rheumatoid arthritis and renal transplantation.

He is a former President of the American Society of Transplantation, Chair of the NIAID Board of Scientific Counselors and Editor in Chief of The Journal of Clinical Investigation. He is currently the Deputy Director of the Immune Tolerance Network, serves on the Scientific Steering Committee of the Parker Institute for Cancer Immunotherapy and is the Harold and Ellen Danser Professor of Surgery (part-time) at Harvard Medical School. He was elected to membership in the American Society for Clinical Investigation in 1995, and the Association of American Physicians in 2003.

Larry received his M.D. from the Yale University School of Medicine, trained in internal medicine at Yale-New Haven Hospital and in nephrology at the Brigham and Women’s Hospital/Harvard Medical School.