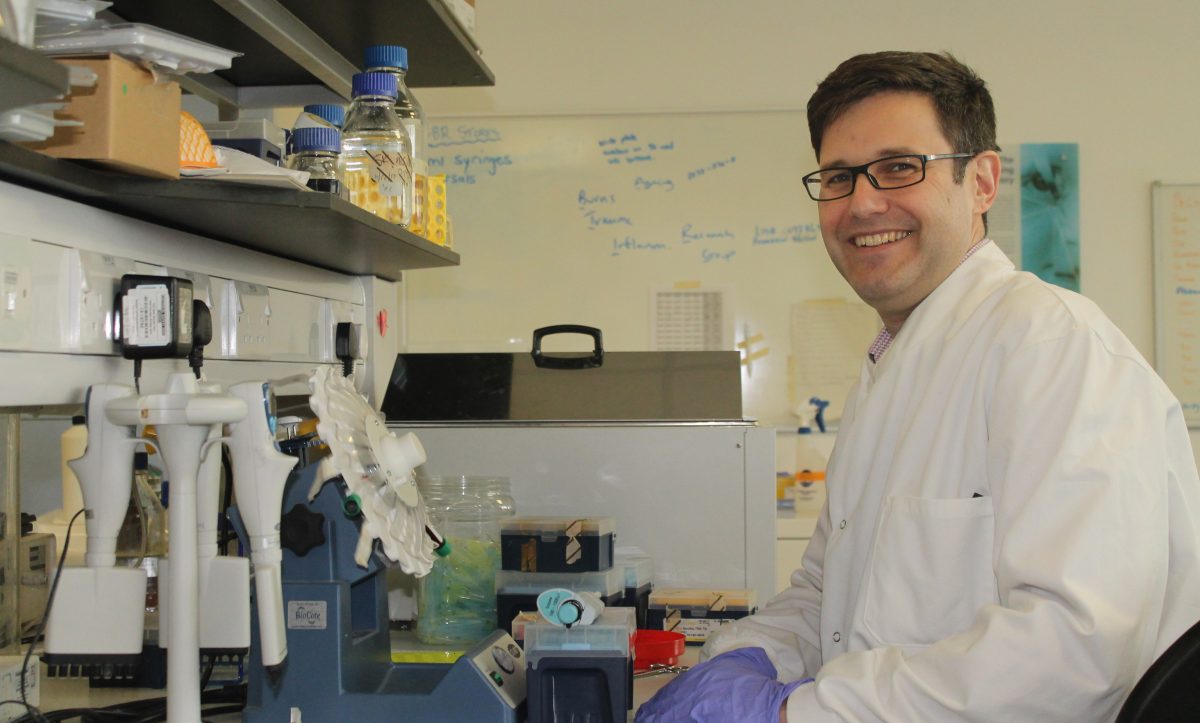 A consultant in geriatric medicine and specialist in hip fractures at Queen Elizabeth Hospital Birmingham (QEHB) has recently been awarded the prestigious Rising Star Award from the British Geriatrics Society.

Dr Thomas Jackson (pictured above), who is also a clinical academic geriatrician with the Institute of Inflammation and Ageing at the University of Birmingham, collected the award for his research into the distressing and potentially life threatening condition of delirium. Dr Jackson is examining how and if delirium in patients is currently assessed by health staff, what if anything is done about it and also the medical basis for why some people suffer and others don’t.

He explained: “Delirium is a sudden loss in mental function, sometimes described as ‘acute confusion’, that occurs in many older people. It’s often caused by an infection or surgery and is common in hospitals, where it affects one in five patients. This is very distressing for patients, their carers and their loved ones, but is often not recognised or even named by doctors.  This is a very important condition to recognise though, as risk of death is doubled and delirium causes a higher risk of developing dementia and worsens the condition where it already exists.”

There are no drug treatments to prevent delirium or stop it once it occurs, as the underlying cause of why some people suffer is still unknown. What is known though, is that if delirium is identified early and symptoms treated sooner rather than later, the outcomes can be very different.

Dr Jackson aims to bridge this knowledge gap with experiments designed to understand if the body’s defence mechanisms are abnormal in those who suffer delirium compared to those who don’t.

Working with Professor Janet Lord, a Director of the University of Birmingham’s Institute of Inflammation and Ageing, located within the Queen Elizabeth Hospital, Dr Jackson has grown the department of academic geriatric medicine with four new posts to train young geriatricians in research, as well as appointing its first Clinical Lecturer, Dr Daisy Wilson.

Delirium is increasingly becoming acknowledged as a condition that anyone working with older people needs to be more aware of, a message upheld by World Delirium Awareness Day on 14th March 2018. #WDAD2018

Dr Jackson said: “We are hoping that health workers around the world will spread the messages and through the awareness day are planning a number of education events and a nationwide audit of current practices to highlight how delirium is currently monitored and managed.”

In other, related work, Dr Jackson is leading on the beginning of a clinical trial to see if common heart tablets (ACE inhibitors) and powdered protein can improve sarcopenia (age related loss of muscle mass and strength) in frail, older people.  This is done in collaborations with the Welcome Clinical Research Facility in a study led by the University of Dundee.