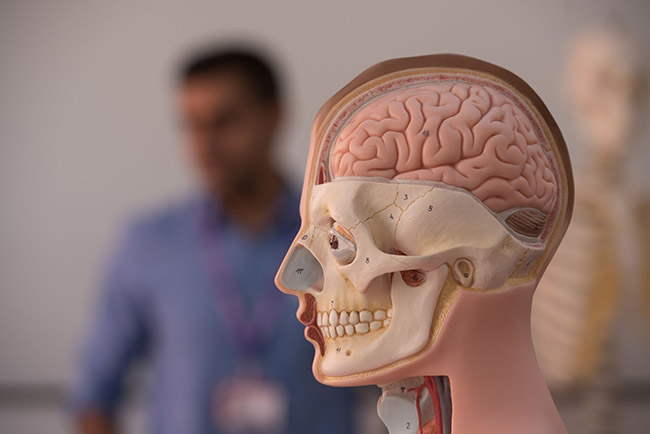 Three Psychologists from Forward Thinking Birmingham’s (FTB) mental health service and a Psychiatrist and Nurse from Birmingham and Solihull Mental Health Foundation Trust (BSMHFT), have authored a ground-breaking new book, published today, about the importance of early intervention in Psychosis.

Entitled Recovering from a first episode of psychosis: an integrated approach to early intervention, lead author Dr Chris Jackson and his colleagues’ book emphasises the need for long-term recovery to replace short term remission and a change in the way early intervention psychology is delivered. Psychosis is a mental health issue that causes people to perceive or interpret things differently from those around them. This might involve hallucinations or delusions and can have a debilitating effect on people’s lives, if not treated properly.

Co-written by other multi-professional specialists from both FTB and BSMHFT – Eleanor Baggott, Mark Bernard, Ruth Clutterbuck, Diane Ryles and Erin Turner – the 12 chapter book is described as being one of the the first publications to integrate care around early psychosis. It covers three main areas of recovery: symptomatic, social and personal and contains two forewords written by a former patient and the mother of a patient who give their own reflections and experiences.

Dr Jackson, who works as part of the Early Intervention for Psychosis Service within Forward Thinking Birmingham, said:

“Despite years of research, debate and changes in mental health policy, there is still a lack of consensus as to what recovery from psychosis actually means, how it should be measured and how it may ultimately be achieved. The book has been written to initiate conversations amongst my peers around the integrated treatment and long term recovery but also to provide more information to families and patients affected by psychosis, should they need it.

“I am incredibly grateful and thankful to my colleagues here and at BSMHFT for taking the ideas for this book and making them a reality since we first started writing the book three years ago.”

The FTB and BSMHFT teams work with around 950 young people with psychosis every year.

“This multidisciplinary book is written by some of the pioneers of the UK Early Intervention in Psychosis service, founded in Birmingham. It blends the latest evidence with clinical practice and is a reminder that recovery from a first episode of psychosis is much more than remission of symptoms.”

Dr Turner and her work with the BSMHFT Early Intervention Service in Solihull were featured in the recent BBC documentary, ‘David Harewood: Psychosis and Me.

Recovering from a first episode of psychosis: an integrated approach to early intervention is being published by Routledge and is available as paper back or hard back through Amazon, starting from £29.99.