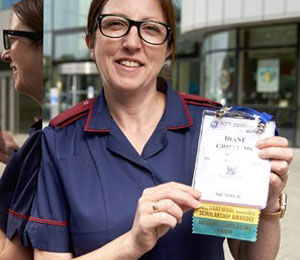 Diane’s investigation into the potential link between lung and heart disease was judged the best academic research project by a nurse at the American Thoracic Society Annual Conference, in San Francisco in May 2016, earning her a bursary prize.

Since 2001 Diane, who is also affiliated with the University of Birmingham’s Institute of Inflammation and Ageing, has helped to deliver respiratory clinical trials but more recently developed an interest in completing a period of academic study.