Professor KK Cheng, Professor of Public Health and Primary Care at BHP founder-member the University of Birmingham, shares his thoughts on the publication of ‘Marmot2020’: 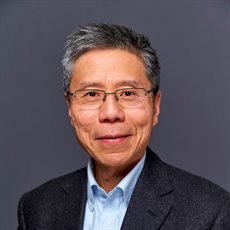 “There are some very tough messages in Sir Michael’s report. Though the West Midlands was one of only three English regions where life expectancy for women in the most deprived neighbourhoods did not decrease during the period, the gap between the affluent and the deprived has widened further in both men and women in our region. Almost one in four of our homes failed to meet Decent Home Standards. More of our children who are eligible for free school meals were school ready and achieved good level of development at the end of Reception than any other regions outside London. But there are still far too many children who we have failed.

“It is important for all at BHP to ask ourselves if this is what our fellow citizens deserve. We need to understand that the most important determinants of population health lie outside the health service, and to work with all stakeholders to reduce the shameful inequalities we see in 21st century West Midlands.”