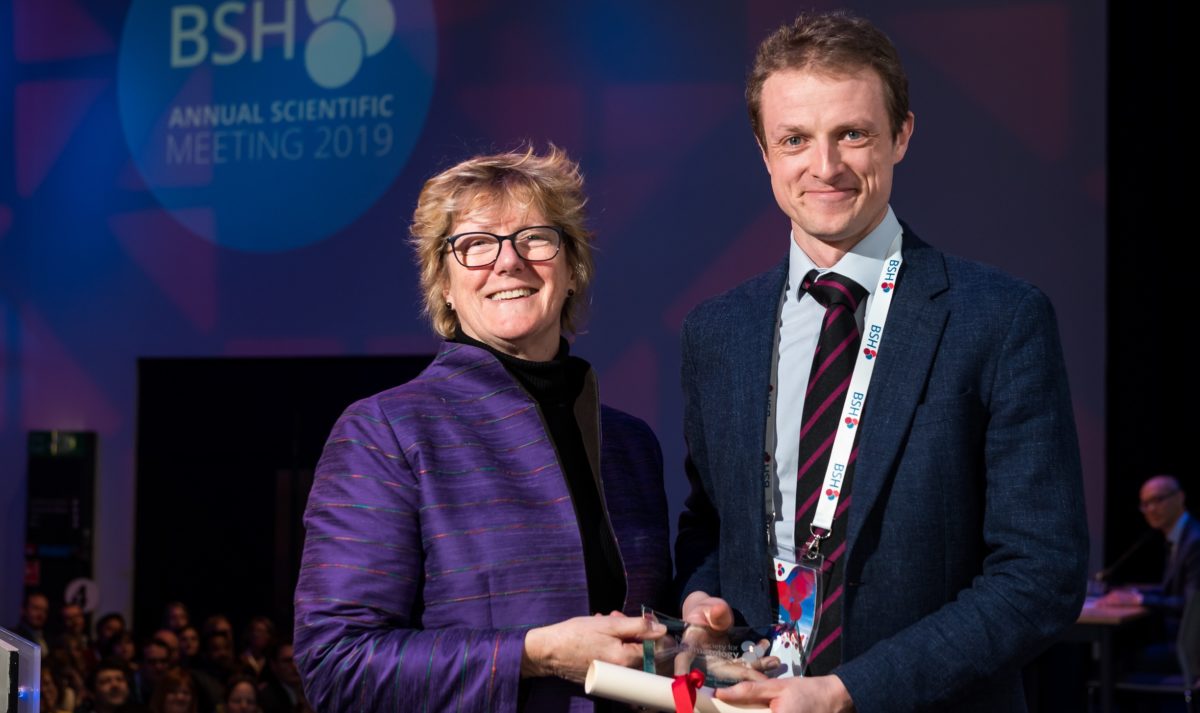 Pip was presented with the National Institute for Health Research and British Society for Haematology “Researcher of the Year” award, at a ceremony in Glasgow on April 2.

Over the last seven years, Pip has held a variety of positions within haematology in the West Midlands, and has been involved in clinical research throughout this time.

As the co-founder and co-chair of HaemSTAR, a UK-wide network for trainee haematologists, Pip has grown the organisation over the last three years, and is now the sole national lead.

Pip has also worked alongside Haematology colleagues to set up a dedicated Haematology research clinic at the Queen Elizabeth Hospital Birmingham, which has led to an increase in terms of patient recruitment and number of trials.

Within HaemSTAR, Pip is also the project lead for FLASH-MOB, which has tested a new approach that could have benefits for research in all specialties, not just Haematology.

“FLASH-MOB was a project that saw nearly 1,000 patients recruited within twelve weeks, which would never usually be possible in medical research,” explained Pip.

“By involving 134 researchers across 39 sites, we have shown that a coordinated approach, with lots of people doing a little bit, could be one way to do research efficiently, quickly, and effectively.

“The proof of concept shown by FLASH-MOB could be transferred to all kinds of research trials, with benefits for patients, organisations, and trial collaborators – all of whom are named as citeable collaborators in any trial publications!”

In the near future, Pip also intends to build a laboratory research team at the University of Birmingham (also a BHP founder member), focusing on further investigations into a platelet dysfunction and antiplatelet drugs.

“It’s humbling to think that my work has been considered worthy of this award,” added Pip.

“I’d like to thank my colleagues and all collaborators within HaemSTAR, with particular thanks to Gill Lowe and Professor Cheng-Hock Toh, for their support and advice throughout my time in Haematology.”