Attached and implanted technologies are now part of everyday life for many millions of people. Yet as the capabilities of these devices have advanced rapidly in recent years, lawmakers have struggled to keep pace. Professor Muireann Quigley at BHP founder-member the University of Birmingham believes that it is now more critical than ever that the law catches up with the technological and social change wrought by attached and implanted medical devices, especially ‘smart’ ones.

Through the Everyday Cyborgs 2.0 and DIY Diabetes projects, she and her colleagues hope to bring law, regulation, and policy regarding these technologies into the 21st century.

Not so long ago, the idea of advanced technologies being implanted into the human body seemed to be entirely confined to science fiction. However, as our ability to build devices that mimic the functions of our organs has improved, medical devices have become central to both the survival and wellbeing of many people who suffer from medical conditions. Moreover, these devices are becoming increasingly complex. Current generations of pacemakers, for example, run software, collect data, and transmit it remotely over wi-fi.

The emergence and growth of this technology now presents difficult yet urgent questions, including: Once a device has been implanted into a patient, do they have full ownership over the device and the software it depends on to function? How should the law respond to risks surrounding unauthorised third-party access or hacking of medical devices? Should internal medical devices be viewed as part of the person, as mere objects, or as something else? Is damage to a person’s implanted medical device a form of personal injury, or damage to property? Currently, the law lacks a coherent answer to these questions. As these devices become increasingly prevalent, answering these questions becomes ever more pressing. 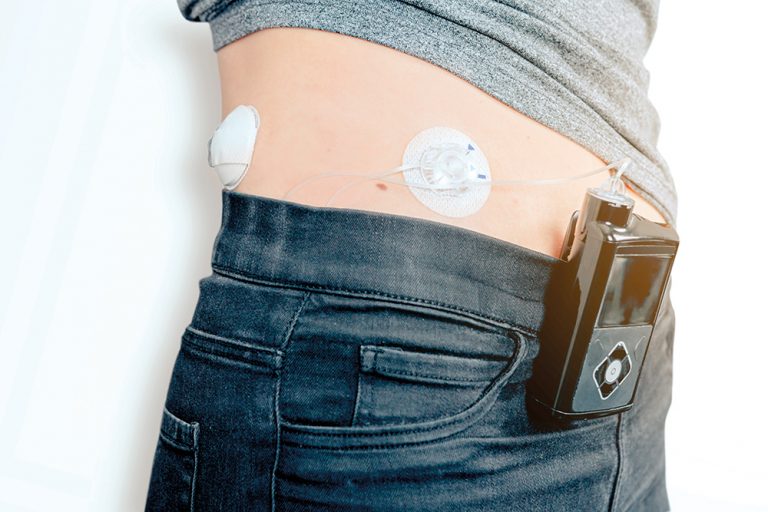 Professor Quigley’s interest in these questions grew out of her longstanding work on bodies and separated biomaterials. In recent years, a growing number of cases have required lawmakers to reconsider how much say we can have over the use and treatment of materials originating from our bodies. This issue gained widespread attention when six men about to undergo chemotherapy, a process that can damage and even destroy fertility, deposited their sperm into a bank for safekeeping. Unfortunately, a malfunction in the storage system at the fertility unit destroyed these samples. At the time, there was no clear answer as to whether these men were entitled to compensation for the loss of their sperm.

Eventually, the Court decided that the six had ownership of their sperm for the purposes of their claim and, as such, they had a right to compensation for the damage done. The case brought about a significant change in direction in the law regarding ownership over material that moves from the body to the outside world. Yet for Professor Quigley and her colleagues at the University of Birmingham, it also revealed how issues with the law not only related to materials being removed from the body, but also to devices from the outside world being implanted into or attached to the body.

For devices that remain in the outside world, the law is reasonably clear. When we buy new devices such as smartphones or laptops, current laws state that you have ownership over their physical hardware, and that any damage to the device counts as damage to your personal property. However, the same is not true for the software run by the device. This means that by hacking into a device to alter its software, a user would be breaching the terms and conditions set out by the manufacturer, and could face a legal penalty or have devices ‘bricked’, rendering them useless.

Clearly, however, the situation becomes far more complex in the case of the software run by implanted medical devices. Whereas it may be permissible for manufacturers to impose penalties for unauthorised uses of consumer electronics, ‘bricking’ devices such as pacemakers, insulin pumps, or neuroprostheses could have devastating consequences for users. Ultimately, these issues stem from the fact that in its current state, the law says that something can either be a ‘person’ or a ‘thing’ – and cannot appropriately describe cases where external, non-living devices have been integrated into a body. Thus, there is much work to be done before legal practices can account for the realities of modern medical implants.

Through their research, Professor Quigley and her colleagues aim to explore these problems in an interdisciplinary way, drawing on insights from Law, Socio-legal Studies, Philosophy, and Science and Technology Studies. The team ultimately hopes that their findings will inform law- and policymakers in how to best accommodate the increased blurring of boundaries between people’s bodies and the medical devices that keep them alive and healthy. Their efforts have culminated in the ‘Everyday Cyborgs 2.0’ project – a name that acknowledges attached and implanted smart medical devices are no longer confined to the realm of science fiction; they are an intrinsic and everyday part of people’s lives.

The team’s objectives can be summarised by three research questions. Firstly, what does the existence of everyday cyborgs (that is, persons with attached and implanted medical devices) reveal about the limits of current laws and policies regarding implanted medical devices? Secondly, what insights do we gain when these traditional legal, ethical and conceptual boundaries are broken down, and then reconstructed to account for hybridity between technology and the human body? And finally, how could policies and practices change after such a re-imagining? 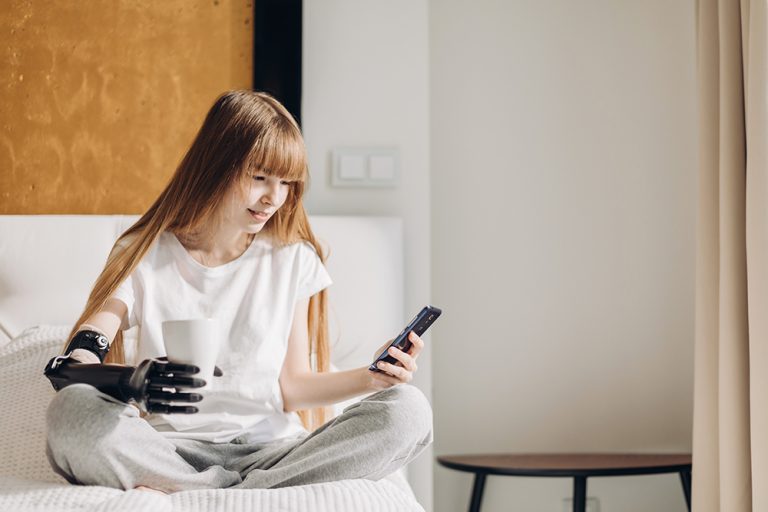 A Roadmap for Research

These questions provide Professor Quigley’s team with an outline for a five-year research program. In the first two years of the Everyday Cyborgs 2.0 project, they will investigate where the law currently perceives the boundaries between people and medical devices to occur, and why they are there in the first place.

In the next two years, they will examine the pitfalls and opportunities that might arise when these boundaries are broken down. Finally, the team will develop a novel account of everyday cyborgs in law. They hope that their new account will be empirically informed and practically useful, with solid conceptual and philosophical underpinnings.

Through these lines of inquiry, Professor Quigley hopes to resolve some of the unanswered questions outlined earlier. The insights gathered by Everyday Cyborgs 2.0 will come at a crucial time. As the speed of technological progress increases, our capacity to develop novel functionalities for our medical devices far outstrips legal and regulatory approval processes. In some areas, this regulatory lag has led to increasing numbers of patients with implanted medical devices developing their own Do-It-Yourself solutions, sidestepping official regulatory processes.

The Case of the Artificial Pancreas

One example is the development of Do-it-Yourself Artificial Pancreas Systems (DIY APS) by people with type 1 diabetes. In recent years, diabetes care has been revolutionised by the introduction of two pieces of technology: Continuous Glucose Monitors (CGMs), which monitor blood glucose levels, and insulin pumps, which deliver insulin through a cannula inserted under the skin. Based on readings from the CGM, a patient can manually program their pump to deliver a prescribed dose of insulin, to keep their blood glucose within safe levels.

Some patients, however, are dissatisfied with these devices for a number of reasons, including the level of insulin control offered and the amount of time they have to spend manually interacting with the devices. In response to this, a growing community of patients (sometimes called ‘loopers’) has emerged, who have taken it upon themselves to create their own DIY solutions.

Loopers construct their own DIY APS to better manage their diabetes. Following instructions available on the internet, they build open-source software that connects their insulin pump to their CGM via either a small computer or a smartphone. As the CGM tracks the patient’s glucose levels in real-time, the software calculates the optimal insulin dose required. This information is then transmitted to the patient’s insulin pump, which delivers the precisely calculated dose to the bloodstream automatically.

This system essentially allows the CGM and pump to talk to each other – creating a closed-loop system that makes continuous, automatic micro-adjustments to insulin levels. Users of these systems report benefits including reduced anxiety, less interrupted sleep, more time with blood glucose in the optimal range, and less time spent having to manage their diabetes (once the system is up and running). Together, these changes can significantly improve people’s quality of life.

The Confusing Legality of DIY APS

Despite these numerous reported advantages, some people are concerned about this technology from a legal standpoint. Firstly, DIY APS have not been through the process of regulatory approval, which commercially manufactured medical devices undergo to establish safety and efficacy. Secondly, the components of people’s DIY APS (the insulin pumps and CGMs) were not originally designed to work together in this way. Connecting them through the use of an open-source algorithm could constitute an unauthorised use of the devices – something that might violate the manufacturer’s user agreements, potentially voiding the warranties.

Thirdly, there is a particularly grey area regarding who should be held accountable if a looping system fails. Should it be the manufacturer of the component devices, the programmers who create the software, the healthcare service that prescribes the insulin pumps and CGMs, or the patient who uses these devices to build the DIY APS? Professor Quigley and her colleagues are just beginning to explore these issues through the DIY Diabetes project, which is running alongside Everyday Cyborgs 2.0.

Since ‘looping’ is a practice existing outside of today’s tightly regulated medical device industry, the legal implications are not clear. Many patients with diabetes are understandably unwilling to wait for the lengthy regulatory approval processes that could see approved artificial pancreas technologies become more widely available. This is exemplified by the looping community’s motto: #WeAreNotWaiting.

As part of the DIY Diabetes project, Professor Quigley and her team aim to take account of the views of the looping community and their clinicians, as well as device manufacturers, in order to address legal and ethical concerns regarding the use of such unregulated technology.

Preparing for the Future

Professor Quigley ultimately hopes that work on these projects will lead to much needed clarity with the law and regulation regarding attached and implanted technologies, bringing policies regarding smart medical devices into the modern age.

This article originally appeared on the Scientia Global website.