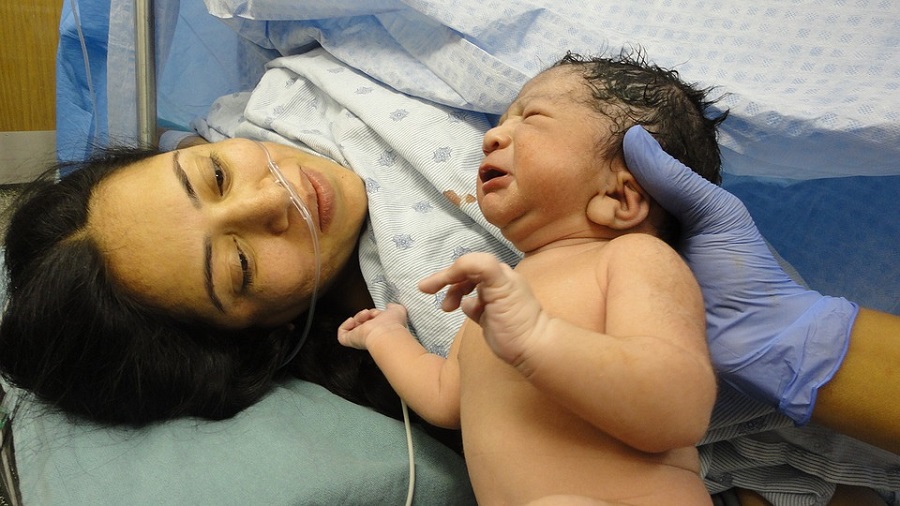 A trial co-ordinated by founder members the University of Birmingham has identified a more effective pain relieving drug for women in labour, which could significantly reduce the number of women requiring an epidural.

In the RESPITE trial, researchers at the Universities of Birmingham, Sheffield and Nottingham, compared two drugs given for pain control in labour – pethidine and remifentanil PCA. Women in established labour were randomly assigned one of the two pain killers and the researchers then assessed how many of these women later required an epidural.

Pethidine is an injected pain relief drug routinely given to around a third of women who give birth per year in the UK. Remifentanil PCA, which is delivered through a patient-controlled drip to give pain relief that coincides with contractions, is currently offered in very few UK hospitals as standard care.

The first and largest randomised trial of its kind, co-ordinated by Birmingham Clinical Trials Unit and funded by National Institute for Health Research (NIHR), RESPITE involved 400 women giving birth at 14 UK hospitals between May 2014 and September 2016.

Chief Investigator Dr Matthew Wilson, formerly of the University of Birmingham and now of the School of Health and Related Research (ScHARR) at the University of Sheffield, said: “While pethidine is commonly used in labour, its effectiveness in terms of pain relief has long been challenged and its shortcomings are more serious when set against known side effects which include women feeling sedated and nauseous; it can also transfer to the baby via the placenta producing side effects.

“Prior to our research it was already known that around a third of women who receive pethidine go on to have an epidural due to inadequate pain relief.

“While epidurals provide highly effective pain relief, they lead to a higher rate of births involving the use of instruments such as forceps or suction, which can lead to women suffering further long-term health complications and needing a longer stay in hospital after birth.

“Our study has shown that remifentanil PCA is safe when given under correct supervision. More women required extra oxygen during their labour with remifentanil PCA, but there was no difference in the sedation that women felt.

“There was also no difference in the health of babies born to women who received remifentanil PCA, which was very reassuring.”

The researchers now hope to see a change in national clinical guidelines to incorporate the more routine use of remifentanil PCA.

Professor Christine MacArthur, of the University of Birmingham’s Institute of Applied Health Research, said: “RESPITE essentially set out to examine if there was a more effective alternative to pethidine which is safe, easy to administer and could ultimately reduce the number of women who have an epidural.

“While we were anticipating fewer women who had been given remifentanil PCA to go on to have an epidural, we did not expect to show that the epidural rate could be halved.

“The results of the trial provide strong evidence that remifentanil PCA should be routinely offered as an alternative to pethidine and should be rolled out at hospitals across the UK.

“Not only would it provide women with a more effective pain relief option in labour, it could significantly reduce the number of epidurals and the associated higher rates of instrumental births, in turn potentially reducing the financial burden on the NHS.”