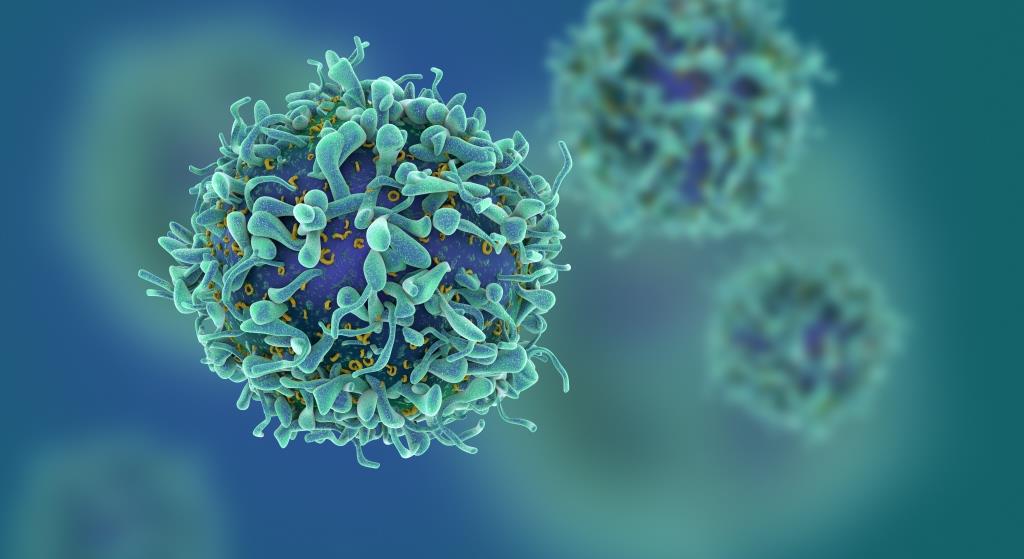 New research by BHP founder members has uncovered a possible method of pulling down the protective wall that surrounds tumours, potentially re-exposing them to the killing power of the immune system and immunotherapy treatments.

Although this is early research in the lab, the findings suggest this approach could help to boost the effects of innovative cancer treatments, such as CAR-T therapy, which so far haven’t been used successfully to tackle solid tumours.

Drs Francis Mussai and Carmela De Santo, whose work was part-funded by Cancer Research UK, studied immune cells, called myeloid-derived suppressor cells or ‘MDSCs’, taken from the blood of 200 adults and children newly diagnosed with cancer before they had started treatment.*

These cells send out a barrage of chemical signals that shield tumours cells from the immune system and the effects of treatment, and prevent the activation of T cells that can kill tumour cells.

When MDSCs are present in higher numbers, the outlook for patients is worse as their cancer can become resistant to treatment and is more likely to spread to other parts of the body.

Researchers showed that an antibody drug that is already available for leukaemia, was able to destroy these immune cells, which protect the solid tumour from the immune system.

Dr Francis Mussai was the lead author of the study and works across BHP as a Clinical Senior Lecturer in Paediatric Oncology in the Institute of Immunology and Immunotherapy and an Honorary Consultant in Paediatric Oncology at the Birmingham Children’s Hospital. He said: “Treatments that work with the immune system to kill cancer often fail because it can be difficult for our body’s defences to get access to the tumour cells. Our research indicates that giving this antibody drug alongside immunotherapies could dramatically increase the number of patients benefitting from the latest innovations in treatment.”

Previously, researchers in another group had found a way to break the protective layer around tumours in mice by using antibodies that attach to the MDSC cell surface, marking it for destruction by the immune system.

But translating this into clinical trials has been challenging because researchers have been unable to find a drug target that’s present on human MDSCs.

In this latest study, the team used blood samples taken from patients and showed that a protein called CD33 is present on the surface of MDSCs** across a wide range of cancers.

By using an antibody drug called gentuzumab ozogamicin that targets CD33, which is already used to treat acute myeloid leukaemia, the researchers were able to kill the MDSCs in the samples and restore the ability of T-cells to attack the tumour cells.

The researchers also showed that active MDSCs prevented CAR-T cells from working – these are T-cells that have been reprogrammed in the lab to make them more effective at killing cancer cells. But when they added the antibody drug, it boosted the activity of the CAR-T cells.

“This is the first time we’ve been able to effectively target the immune cells that form a barrier around solid tumours,” added Dr Mussai. “If this approach works in patients it could improve treatments for many different types of cancer, in both adults and children. We envision our approach will have the most impact in CAR-T therapy, which despite showing lots of promise in blood cancer, so far it’s had limited success in solid tumours.”

Dr Emily Farthing, research information manager at Cancer Research UK said: “Although this is early research, it’s increased our understanding of the way tumours interact with the immune system, and has given us a tantalising insight into how we could make immunotherapies work for more patients in the future. But we are still a long way off in getting this treatment to patients. The next step will be to learn more about the side effects of the antibody drug, and how it works in the body.”

In addition to treating a range of cancers, the findings could also be applicable to treating HLH (hemophagocytic lymphohistiocytosis) and MAS (macrophage activation syndrome) – where the body reacts inappropriately to triggers, such as infections. These disorders are extremely rare and as a result there are few treatments available, particularly to children with HLH.

The team are now planning a clinical trial to test the safety and activity of the antibody drug in people with HLH and MAS. The trial will also include people with solid tumours.

** Although CD33 is found on certain types of healthy immune cells, it is found at higher levels on MDSCs that surround tumours. This means that treatment with gemtuzumab ozogamicin would only get rid of the problematic MDSC wall, leaving the beneficial immune cells relatively untouched.