An infectious disease expert from Birmingham Health Partners is playing a significant part in the fight against COVID-19, as one of the leads at the UK’s flagship COVID-19 testing facility in Milton Keynes. 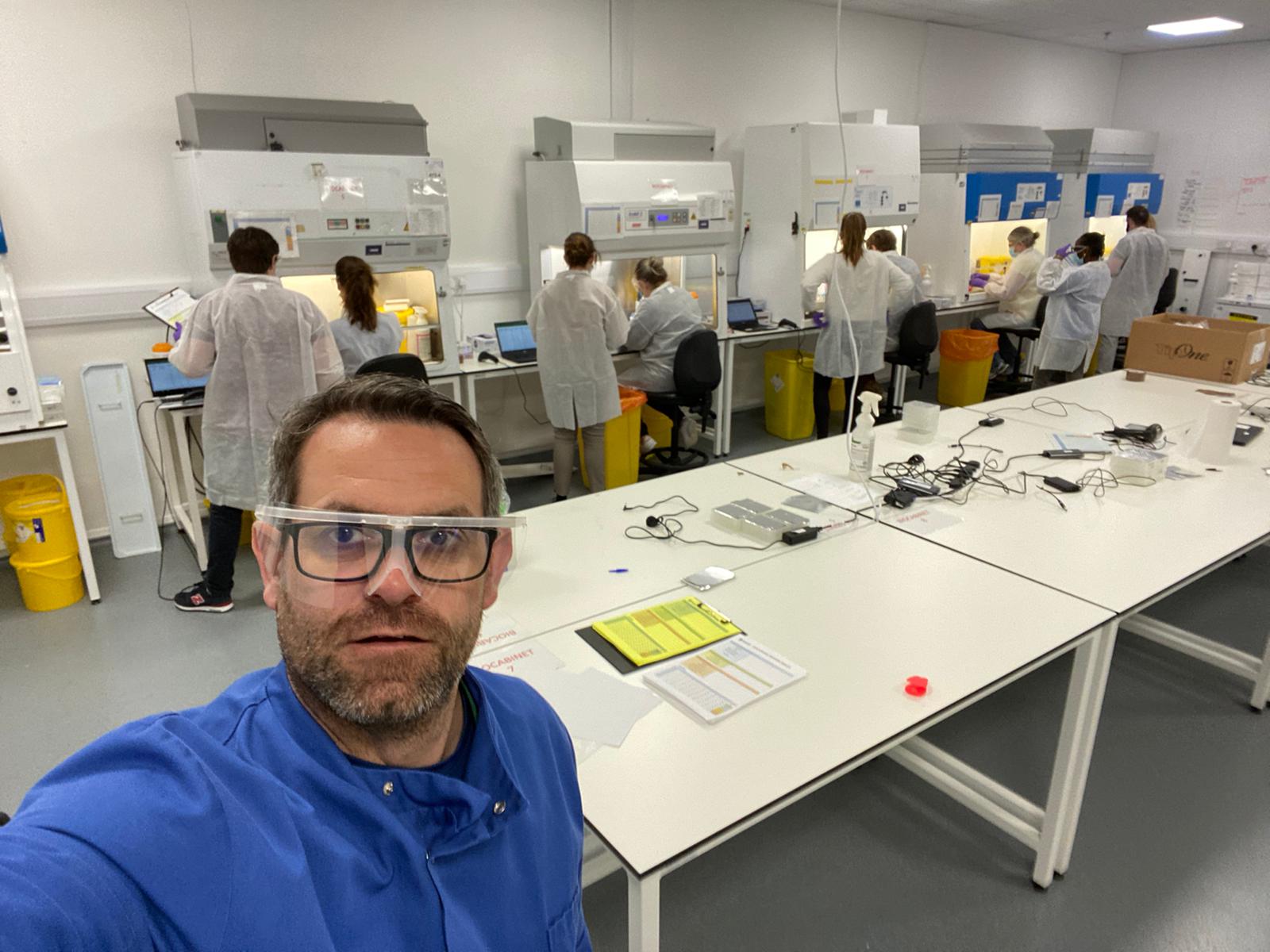 Professor Alan McNally (pictured), Director of UoB’s Institute of Microbiology and Infection – one of the UK’s highest performing infection and microbiology institutes – has been seconded to the Milton Keynes lab as Infectious Disease Lead.

Highly respected in his field, Professor McNally was heavily involved with the scientific response to the 2005 H5N1 avian flu outbreak in Europe as a senior researcher in the UK H5N1 avian influenza reference lab in Surrey, helping to develop a molecular testing regimen for the virus.

Launched on 9 April, the Milton Keynes Lighthouse Lab was the first of three ‘mega-labs’ to be set up across the UK by the Government, vastly increasing testing capacity and allowing tens of thousands more patient samples to be processed each day. The lab brings together automated lab testing technology from the National Biosample Centre, clinical trial expertise of experts at the University of Oxford’s Clinical Trial Service Unit and lab experience of some 70 volunteers, from the worlds of academia and science.

“The Milton Keynes Lighthouse Lab is an incredible feat and a first for UK infectious disease diagnostics, increasing the testing capacity of the UK overnight,” Professor McNally said. “In just a few weeks the lab has gone from nothing to testing tens of thousands of samples per day.”

Alongside Professor McNally, who is also a shift manager for one of the facility’s four shift teams, a number of University of Birmingham volunteers are also working at the lab. These include Joana Viana, a fellow at the Institute of Metabolism and Systems Research; Daniel Patten, a Post-Doctoral Research Assistant (PDRA) in the Institute of Immunology and Immunotherapy; James Haycocks, a PDRA, and Samantha McKeand, a PhD, in Institute of Microbiology and Infection; and Dhananjy Evans, a PhD at the Institute of Cancer and Genomic Sciences.

Professor McNally added: “I’m tremendously pleased to be so involved with what is such a significant project that will make such a significant contribution to fight against this virus. What the lab has already achieved in terms of the dramatic increases in testing capacity simply would not have been possible without the hard work of volunteers whose willingness to share their time and expertise been nothing short of remarkable.”

As well as the work of Professor McNally and other Birmingham volunteers, the University is also helping to increase testing capacity closer to home by re-purposing its labs to scale up testing for local frontline NHS staff. The on-campus PCR testing, led by Professor Andrew Beggs, is supporting BHP member NHS trusts as well as West Midlands Ambulance Service to test up to 150 staff a day, with the potential to test up to 10,000 if required.