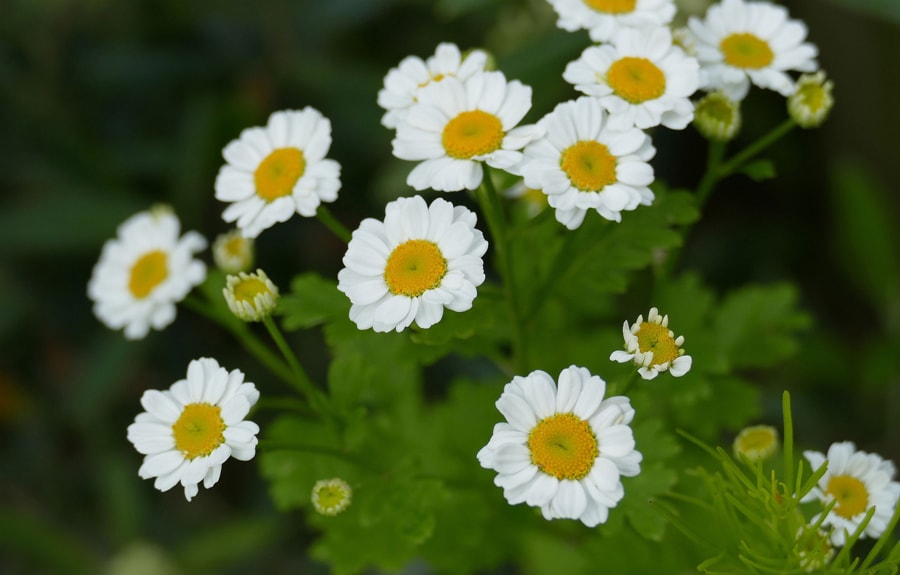 Feverfew – a common garden flower – can be modified to kill specific cancer cells, say researchers at BHP founder member the University of Birmingham.

The team were able to extract a compound with anti-cancer properties from the flowers, and modify it so it could be used to kill chronic lymphocytic leukaemia (CLL) cells in the laboratory.

Feverfew is grown in many UK gardens, and also commonly sold in health food shops as a remedy for migraine and other aches and pains.

The compound is called parthenolide and was identified by scientists as having anti-cancer properties several years ago. Although available commercially, it is extremely expensive with poor “drug-like” properties and has not progressed beyond basic research.

The Birmingham team were able to show a method not only for producing the parthenolide directly from plants, but a way of modifying it to produce a number of compounds that killed cancer cells in in vitro experiments. The particular properties of these compounds make them much more promising as drugs that could be used in the clinic.

The study, published in MedChemComm, was a multidisciplinary programme, drawing together researchers from the University’s Institute of Cancer and Genomic Studies, the School of Chemistry and the drug discovery services companies, Sygnature Discovery and Apconix. The University of Birmingham’s Winterbourne Botanic Garden oversaw the cultivation of the plants in sufficient volume for the drug screen to take place.

It was initiated by Dr Angelo Agathanggelou, of the Institute of Cancer and Genomic Studies, who is investigating new ways to treat chronic lymphocytic leukaemia (CLL), a type of cancer which typically affects older people.

Dr Agathanggelou explains: “There are several effective treatments for CLL, but after a time the disease in some patients becomes resistant. We were interested in finding out more about the potential of parthenolide. With expertise from colleagues in the School of Chemistry we’ve been able to demonstrate that this compound shows real promise and could provide alternative treatment options for CLL patients.”

Professor John Fossey, of the University’s School of Chemistry, says: “This research is important not only because we have shown a way of producing parthenolide that could make it much more accessible to researchers, but also because we’ve been able to improve its “drug-like” properties to kill cancer cells. It’s a clear demonstration that parthenolide has the potential to progress from the flowerbed into the clinic.”

Hale explains: “After trials on related plant species within the Asteraceae family it soon became apparent that Tanacetum parthenium – feverfew – provided the optimum levels of parthenolide.”

“Feverfew is a short-lived perennial plant which we sowed on an annual basis for the trial to ensure continuity of supply. This was necessary as winter weather can result in plant losses,” adds Abigail Gulliver.