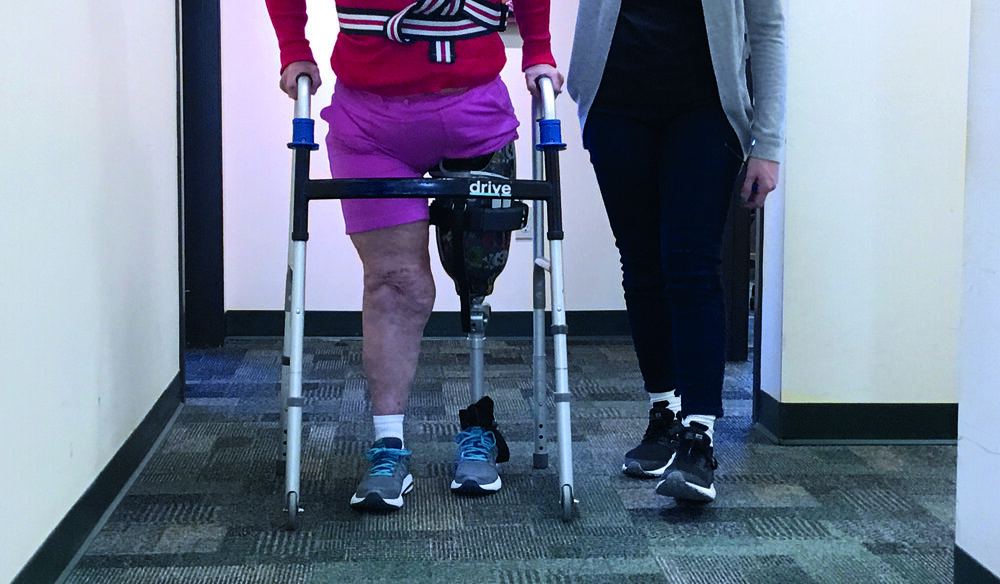 Adapttech is a biomedical innovation company that brings new smart technologies to the O&P market with the goal of empowering clinicians with better socket fitting and monitoring methods to improve the quality of life for people with lower limb loss.

Adapttech chose to locate its headquarters in Birmingham to capitalise on the West Midlands’ state-of-the-art healthcare facilities and educational institutions.

The biomedical company was co-founded by engineer entrepreneurs Frederico Carpinteiro and Mario Saenz Espinoza, focusing on developing new smart technologies to support clinicians in delivering the best care for people with mobility limitations.

Why the West Midlands?

Adapttech knew it wanted to set up its headquarters in the UK. For a startup looking for small overheads, it made more financial sense to look outside of London and the South-West of the country.

Choosing to locate their HQ southwest of Birmingham’s city centre, it places Adapttech at the centre of BHP’s life sciences ecosystem and its world-class innovation institutions.

The company is located at the Institute of Translational Medicine next to both UHB’s Queen Elizabeth Hospital and the University of Birmingham both renowned clinical and academical institutions which founded BHP. Operating three clinical trials units, the BHP campus is one of the two largest centres for clinical trials in the UK. With rapid expansion in mind, access to high quality, skilled graduate talent was a key consideration for Adapttech.

The investment in the West Midlands’ infrastructure and connectivity was also a draw. With its R&D centre back in Porto, having a number of direct flights from nearby Birmingham Airport was seen as helpful to its team of engineers, developers and designers.

The West Midlands Growth Company supported Adapttech and its founders throughout their move from Portugal.

“The West Midlands Growth Company advised us on prime office locations and has continued to support us in finding housing, as my co-founder and myself move to be based in Birmingham permanently. We are looking forward to this transition and feel confident about our continued growth in Birmingham.”

Adapttech’s co-founder believes that locating the company’s base in Greater Birmingham will help the business to continuously grow, and achieve its ambitious goal: to reshape the future of the prosthesis fitting process.

This case study originally appeared on the Invest WM website.