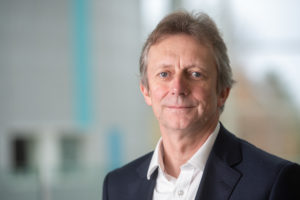 David’s clinical interests are transplant hepatology and autoimmune liver disease. Laboratory research interests are focused on mechanisms of immune-mediated liver disease. After initial training in hepatology in Birmingham he continued his immunology training with Dr Stephen Shaw at the Experimental Immunology Branch of the National Cancer Institute, Bethesda, USA before being appointed to the Chair of hepatology in Birmingham in 1997. David is the current Pro Vice Chancellor, Dean of Medicine, and Head of the College of Medical and Dental Sciences, University of Birmingham.

David is Chair of the Birmingham Health Partners Executive Committee, a board member and offers strategic oversight in the development and implementation of BHPs development strategies. 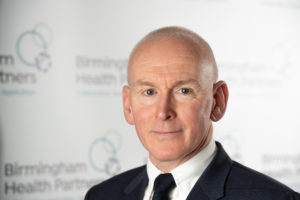 John has a wealth of experience from a career in academia researching Physiology, first in the UK, and then the United States, to a number of strategic positions in the professional biomedical sector at the research charity, The Wellcome Trust, and the Academy of Medical Sciences. These roles encompassed policy communication regarding major government reviews, launching strategic research initiatives as well as grant development and a strategic framework refresh of the Academy of Medical Sciences.

John’s broad range of experience and insight developed over his extensive career in the biomedical sector is of great benefit to the partnership. Working with the Board and Executive, he coordinates the work of BHP on a day to day basis, managing the relationships with and between the partners, new and existing stakeholders and industry partnerships. Along side this John plays a central role in creating and developing the BHP business plan and delivering strategic objectives set by the Board. 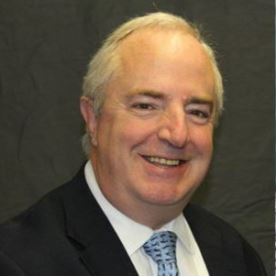 Ed chairs the BHP Board and works closely with the Chairs and CEOs of the partner organisations to drive the shared agenda of BHP. He is the former Pro Chancellor of the University of Birmingham, former Chairman of NHS Improvement and Deputy Chairman of NHS England.

His other current appointments include: Chairman of Assura PLC, the leading Primary Care property real estate investment trust; the Independent Non-Executive Director at PushDoctor; and Chairman of the HCA Healthcare (UK) Advisory Board. In other roles, Ed is Senior Independent Director and Chair of the Audit Committee of HS2Ltd, a member of the Euston Partnership Board and senior advisor to Saxton Bampfylde.

Prior to his portfolio of roles, Ed spent 30 years with PricewaterhouseCoopers in many senior UK and International roles. He is also a mentor to next generation leaders and a strong advocate for, and practitioner of, diversity and inclusion. 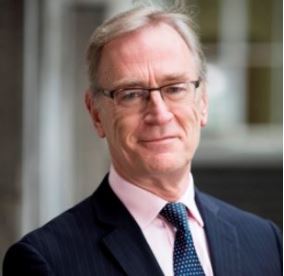 Professor Sir Robert has recently stepped down from his roles as Senior Vice-President (Health) at King’s College London and Executive Director of King’s Health Partners Academic Health Sciences Centre.  He is currently Emeritus Senior Vice President (Health) at King’s College London, President of the Academy of Medical Sciences, Executive Director on the Board of Quell Therapeutics Limited and Senior Medical Adviser to Babylon Health.

He is a strong advocate of university-healthcare partnerships. His clinical and research career have been focused on the pursuit of clinical transplantation tolerance, working in in vitro and in vivo rodent models and recently helping to define biomarkers of clinical tolerance. This work has led to first in-man cell therapy trials to promote immune tolerance in recipients of kidney and liver organ transplants.

In 2012 Robert was awarded a Knighthood in the Queen’s Birthday honours for Services to Academic Medicine and in 2015 was elected as the President of the UK Academy of Medical Sciences.  In addition, Robert was a Founding Board Member of MedCity, was a Board Member of the Crick Institute, sits on the HCA Healthcare Advisory Board and is a member of the Prime Minister’s Council for Science and Technology. 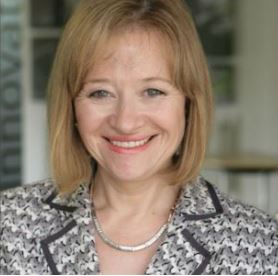 Dame Yve recently stepped down as Chair of Birmingham’s Royal Orthopaedic Hospital NHS Foundation Trust and, alongside her appointment to the BHP board, has recently taken the Chair of Birmingham and Solihull integrated care system (ICS) which will forge closer links between primary, secondary and mental health care providers. She was appointed Dame Commander for services to public health in 2003 and has held the chair of the Health Education Authority, Health Development Agency, and the NHS Institute for Innovation and Improvement.